The Australian Wool Production Forecasting Committee forecasts that Australian shorn wool production for 2018/19 will reach 298 mkg greasy. This is a 12.6% decline from the levels in 2017/18 and reflects the continuing drought conditions across large parts of the Australia.

The Australian Wool Production Forecasting Committee (AWPFC) has updated its forecast of shorn wool production for the 2019/20 season. This second forecast is for production of 285 million kilograms (mkg) greasy, a 5% decline on the 2018/19 estimate.

The Committee noted that the key factor limiting a recovery in shorn wool production is the number of sheep shorn, following high adult sheep slaughter rates in 2018/19 and lamb marking numbers are reported to be low.

Mr Wilcox continued “The sheep and lamb turn off data from the Australian Bureau of Statistics to the end of June 2019 show a 16% increase in sheep slaughter compared with the same period a year earlier. This has partly been offset by lower live export numbers. Tough seasonal conditions have continued to negatively affect pasture feed availability and low supplies of hay and grain have prompted many producers to make difficult decisions to reduce the number of sheep on farms. Availability of stock water is also reported to be a key issue in some areas, notably in New South Wales and Queensland.”

The Committee noted that results from the latest MLA and AWI Wool and Sheepmeat Survey indicated that where possible wool producers intend to hold onto, and perhaps increase, breeding ewe numbers. The Committee acknowledged that this requires normal spring rainfall through many wool producing areas to build soil moisture, on-farm water supplies and allow good pasture growth.

Mr Wilcox said that “The dry finish to the 2018/19 season in some areas resulted in further reductions in key wool test parameters since April. Average yield ended the season at 63.1%, down 1.5% on 2017/18 while mean fibre diameter was down by 0.5 microns to 20.5 micron and staple length was down 2.2 mm. The season ending levels of these three key test parameters are either at, or near, the lowest levels since the 2000/01 season. The fibre diameter distribution of the Australian wool clip showed a significant increase in the weight of wool tested of 18.5 microns and finer and a sharp contraction in the volume of 18.6 and broader wools.”

Table 1: Summary of wool production estimates and forecasts for Australia

Note: Totals may not add due to rounding.

Note: Totals may not add due to rounding.

The National Committee drew on advice from the six State Committees, each of which includes growers, brokers, private treaty merchants, representatives from State Departments of Agriculture and the Australian Wool Testing Authority. Data and input were also drawn from AWEX, wool exporters, the Australian Bureau of Statistics, ABARES, and Meat and Livestock Australia.

The state and national Committees will next meet in mid-December 2019.

The full forecast report will be available on the AWI website at www.wool.com/forecasts from 26th August 2019. 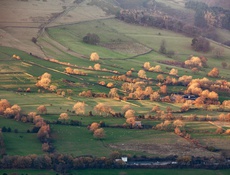 Preparing for some rain 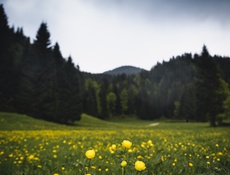 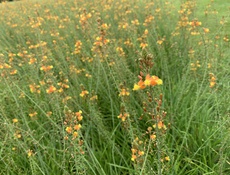